On hair, sprays are sprayed to hold them in place in a particular style. Hair-spray ingredients consist of polymers such as PVP, which provide structural support for the hair, solvents, alcohol or hydrocarbons, and propellants. The polymers, solvents, and propellants are highly volatile and flammable. Hair sprays are formulated as “flexible,” “medium,” and “maximum hold.”

Spraying coats a hard layer of the polymer on your hair after the solvent evaporates. Some hair sprays use natural polymers such as vegetable gums, made from the sap of certain trees (for instance: the gum Arabic, which grows in the Sudan). Hair sprays may also include silicones, resins, and other similar ingredients to achieve body, shine, and flexibility. 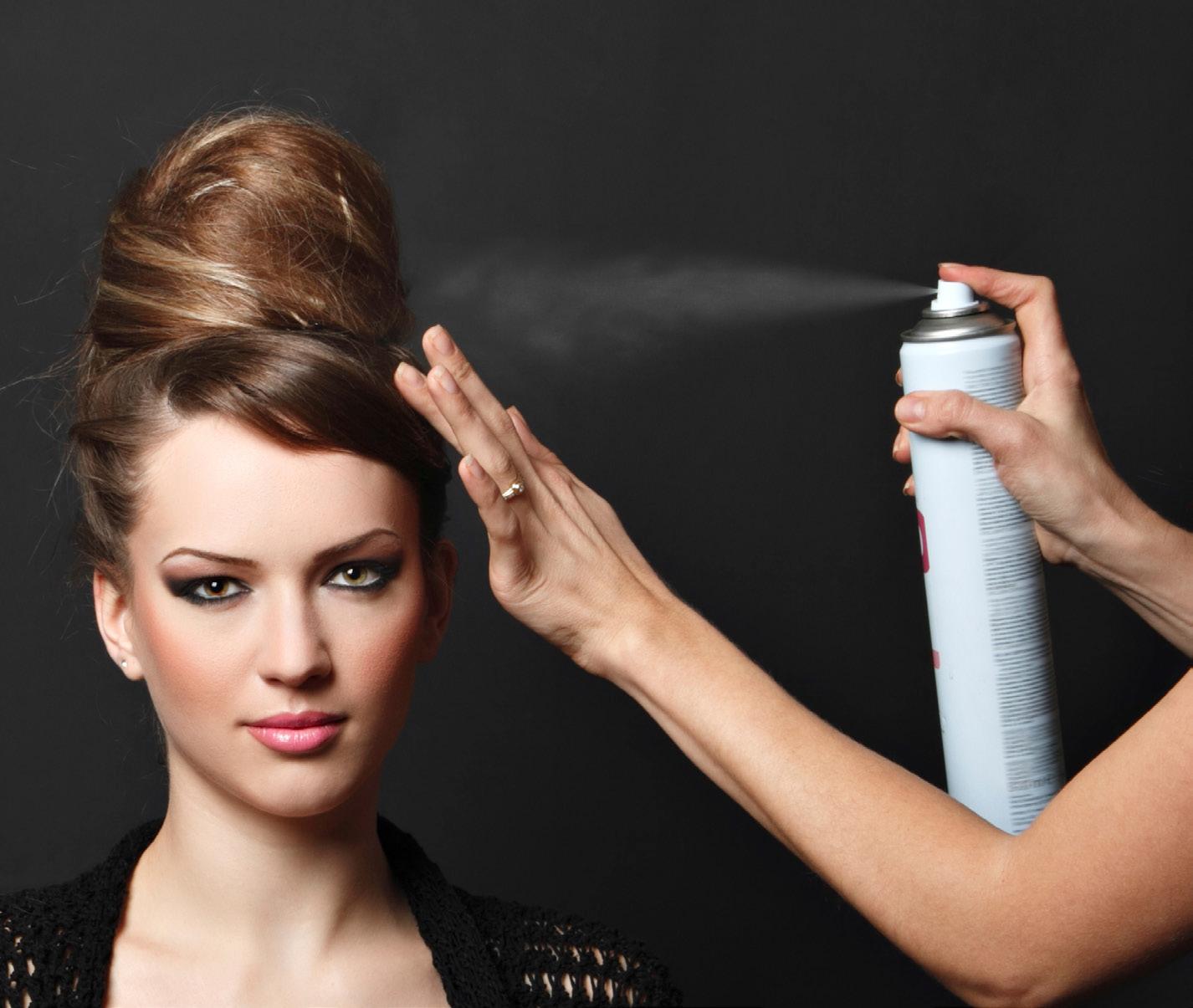 A hair-styling gel, when smoothed through the hair, holds hair in a fixed shape. Hair gels are based on styling polymers such as carbomer, which is an acrylic polymer. When it is neutralized, it causes cross-linking within the polymer, which in turn creates the gel. Once the hair is styled with gel, the gel dries and maintains the hair in the desired place and shape. Hair gels can be based on organic liquids, such as vegetable oil, mineral oil, which are trapped in a three-dimensional cross-linked network.

It is an ointment that makes hair look dark, slick, neat, and shiny. Unlike #hair spray or hair gel, pomade does not dry. Therefore, it lasts much longer in the hair. Pomade is used to style various kinds of hair, including head hair, mustaches, sideburns, and beards. It is associated with the men’s hairstyles of the early to middle 20th century. Unlike hair spray and hair gel, pomades provide long-lasting moisturizing properties that make it popular with individuals with Afro-textured hair. In the past petroleum jelly was the main ingredient. Present-day pomades are made from fresh vegetable oils and beeswax, which can be removed by a single shampooing.

A thick hair styling product, it provides a fixed, spiky look with shine. To achieve the desired properties, manufacturers add silicones and polymers to the wax. In contrast to hair gel, hair wax remains pliable and is less likely to dry out.

The name came from the greased-back hairstyle, which involved a person’s severely combing back his or her hair, then using hair wax, hair gel, creams, tonics, oils or pomades to keep it in place. For a shinier look, silicone is added. For more body, fixatives are added.